The Top 10 Biggest Trademark Disputes of 2018

The Top 10 Biggest Trademark Disputes of 2018

Following on from last year’s post about the biggest trademark battles of the year, Lawyer Monthly has put together this year’s round up. 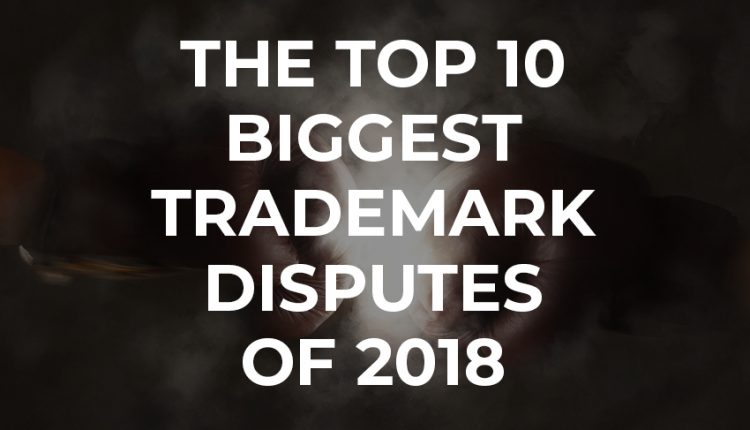 According to law firm RPC, intellectual property disputes between big brands were more likely to happen in 2017 and 2018 compared with previous years. IPO data has shown a 30% increase in UK trademark applications between 2016 and 2017, an increase predominantly attributed to the uncertainty surrounding Brexit. On a similar note, the PTO alleges a 13% increase in US trademark applications for the same period; this also being twice the increase as the previous year’s comparisons.

Some might say that trademark applications have gotten a little out of hand at this point, with some of the strangest and most obscure filings making the news. And those are just the ones that make the news. In 2018 Paisley Park Enterprises Inc., representing deceased musician Prince’s estate, filed an application for “Love Symbol #2”, the official colour of Prince’s brand and a particular shade of purple he sported religiously. Maybe they wanted to protect the undying brand image of Prince?

With a YoY rise in trademark filings, of which the most part are of course very serious corporate branding claims, it’s no surprise trademark disputes are also on the up. So, without further ado, here’s 10 of 2018’s top trademark disputes we thought worthy of citing and discussing.